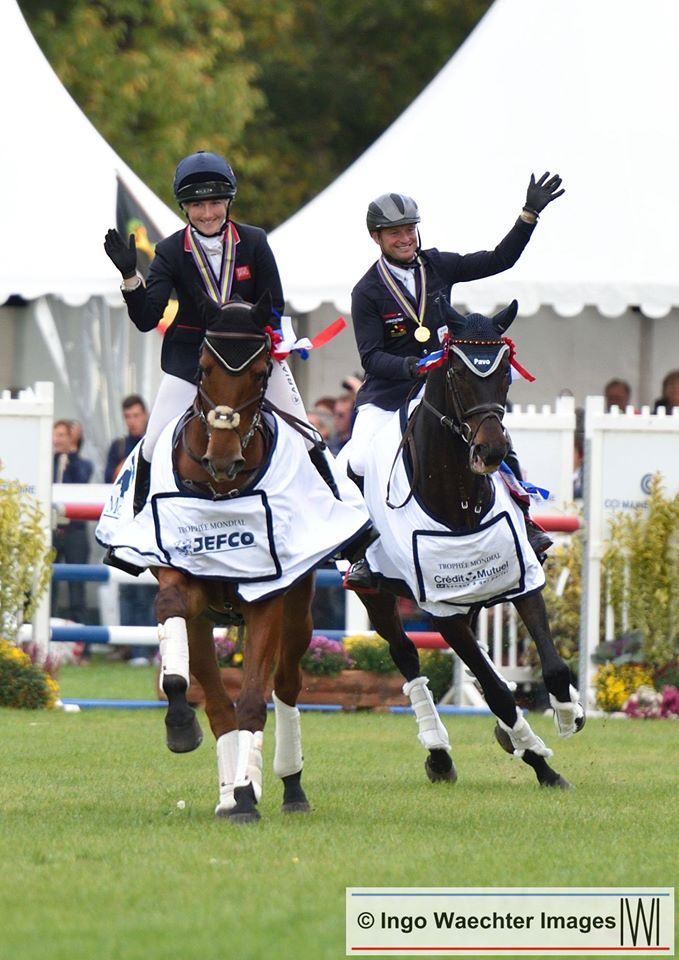 OMG…… Can’t quite believe it Mr Bass is such a legend ? Couldn’t have asked to end the season any better than Mr Bass becoming the 7yo WORLD CHAMPION ? What a superstar ?

Monday 14th October –
We were on the way to the final event of 2015… Mr Bass and Cooley Again, I’ve had both these boys from 4yo’s so it’s special to have them both at this event.

The boys both settled in well and it was great weather all week for exercising and relaxing into the venue.

Thursday 15th October – Cooley Again “Nostrils” was a good boy in his dressage and scored a respectable 48.

Saturday 17th October – So chuffed with my boys xc today…. Cooley Again was flying but unfortunately didn’t think he could fit through the owl hole so had a 20 pens ? He was super round the rest! After XC Mr Bass moved up to 4th with a clear inside the time ?
Thoughts are with William Fox-Pitt tonight… All fingers and toes crossed he’s ok after his fall.

A massive Thank You to everyone involved in making MondialduLion so enjoyable … Very friendly and helpful event ?

This week has been full of laughs from start to finish with all owners and Zanie King my travelling groom.

I can’t believe season is over…Finished on a massive high ? Times like this wouldn’t be possible without the support of so many people…

… A massive THANKYOU to my amazing owners, sponsors, grooms, family and friends who allow me to do the job I love.